How do I run a campaign?

When you have published your campaign on the marketplace, you naturally want to get started quickly with the influencers you selected.

We have discovered that the optimal workflow of this process (from campaign to collaborations) takes place within 1 week. That is why we now go through all the steps with you from day to day.

The campaign has been published on the marketplace and from now on influencers can register by pressing 'apply'. In order to let the network know that a new campaign is online, influencers (often at the end of the day) are informed of the new campaigns through a newsletter. A story will also be posted on the Influentials.network instagram a few minutes after going live. Can we use certain images for this? Then let us know! 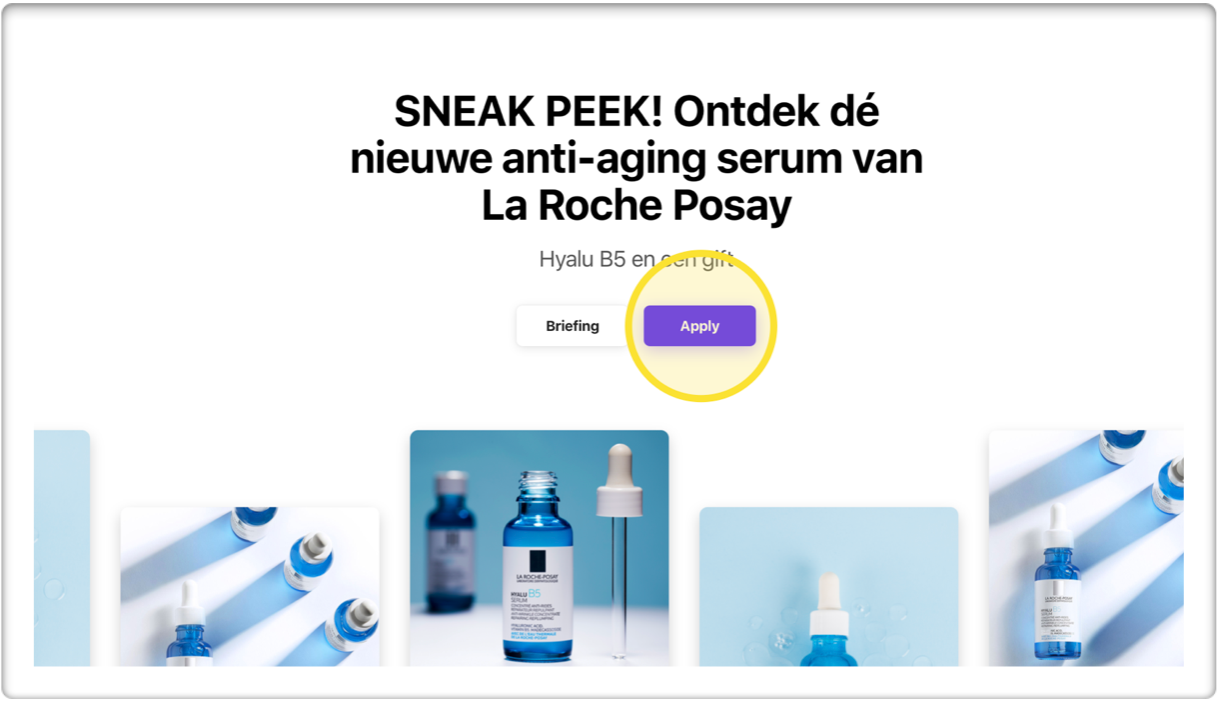 From now on you can keep an eye on the registrations on your campaign. The influencers that have signed up come in as 'pending', but can be shifted to 'selected' or 'declined' if you don't want to work with them. Note: scrolling within these categories only means that a pre-selection is made. Selected and rejected influencers are not yet notified of this.

As a brand, you are updating your selection further. Within Network, other influencers, outside the applications, can be searched. Please note, this is only possible if you have a Professional or Enterprise subscription.

These influencers can be invited to the campaign by sending them an 'invite for campaign'. 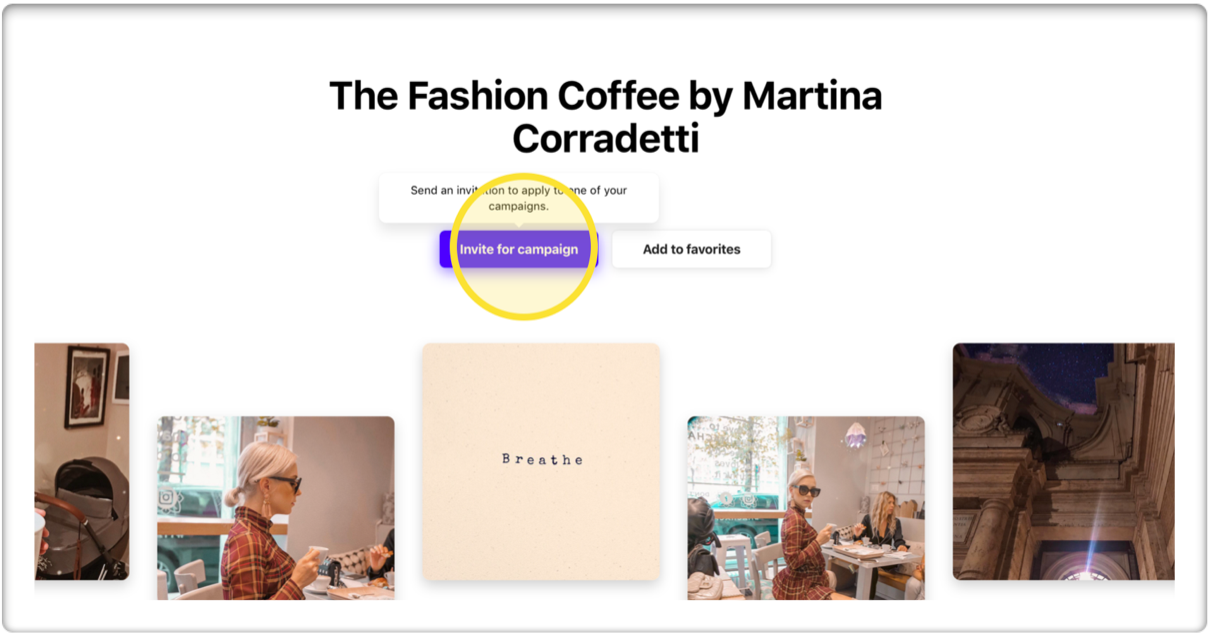 We have prepared the general text below with which you can invite your influencer to the campaign.

Feel free to make this text even more personal before hitting send. The influencers will receive this message in Messenger and will send a message back when they are interested in the collaboration. 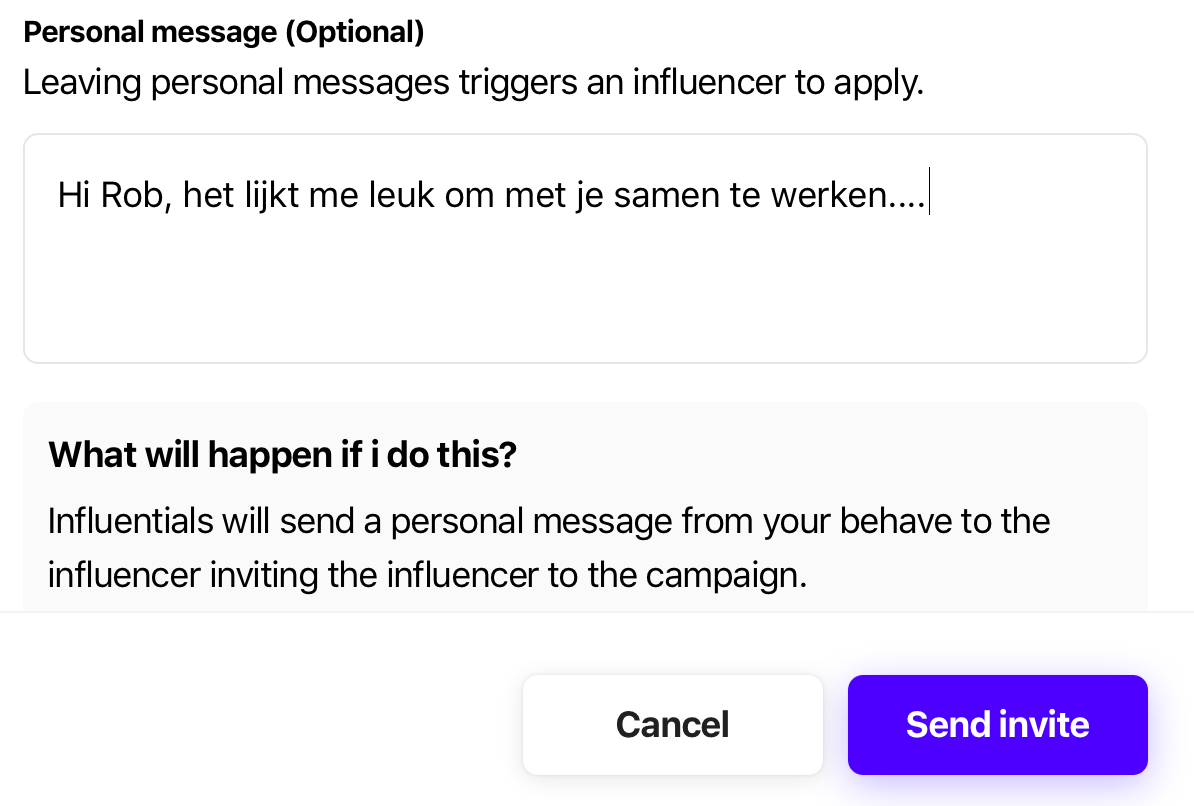 When they are enthusiastic, we will sign up for the campaign. For some reason they can't sign up for the campaign because they don't have the original campaign qualifications, for example? Let our customer success manager Layla know at Layla@influentials.network or send her a message via chat. She will see to it that these influencer(s) are still added manually. 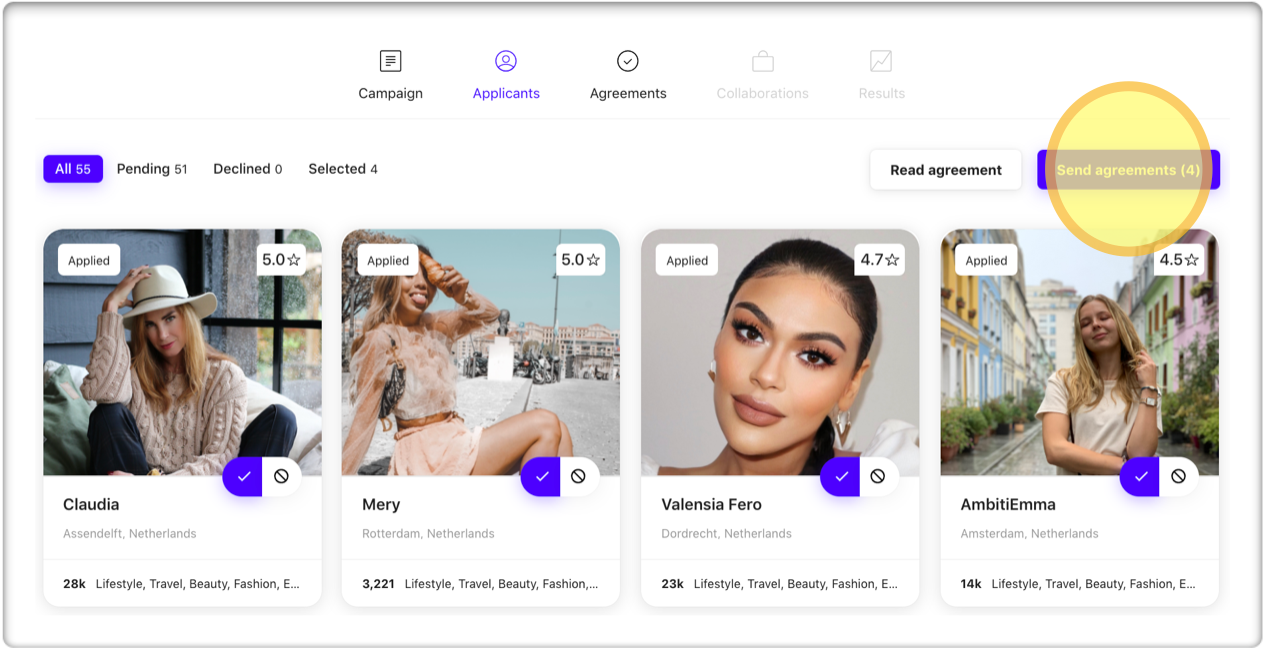 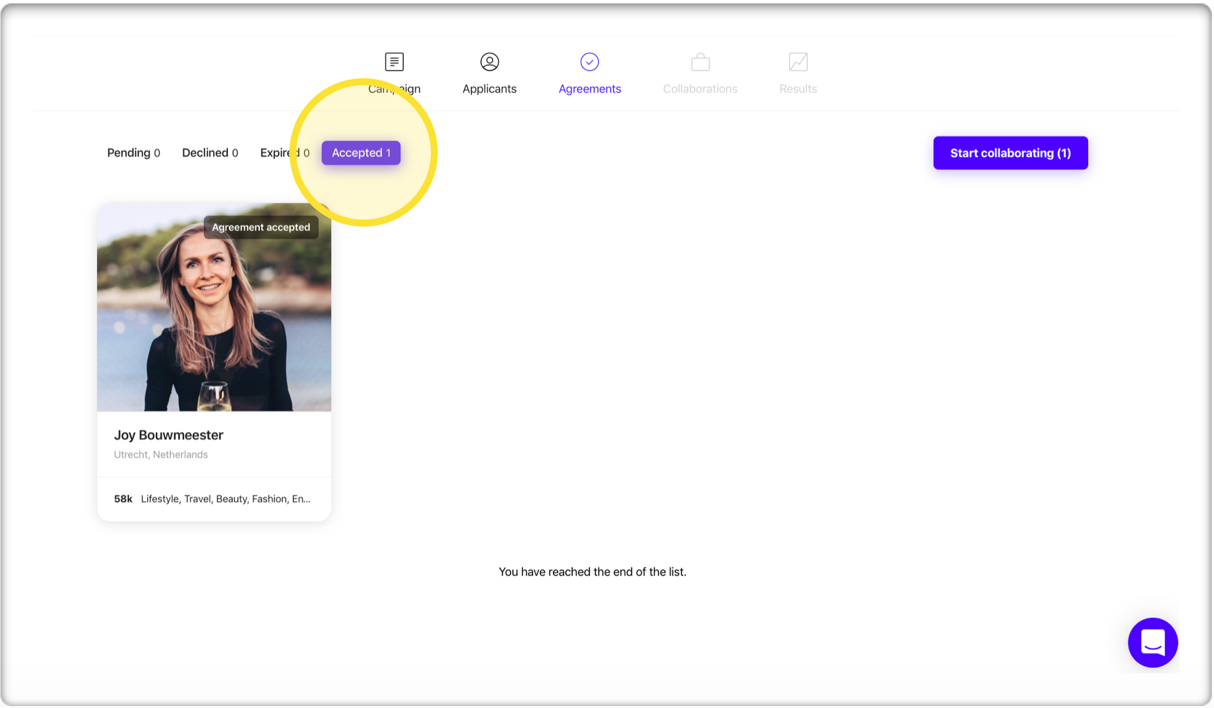 Do you want to start the collaborations earlier? Let us know and we'll make sure the campaign is closed and the button becomes clickable. 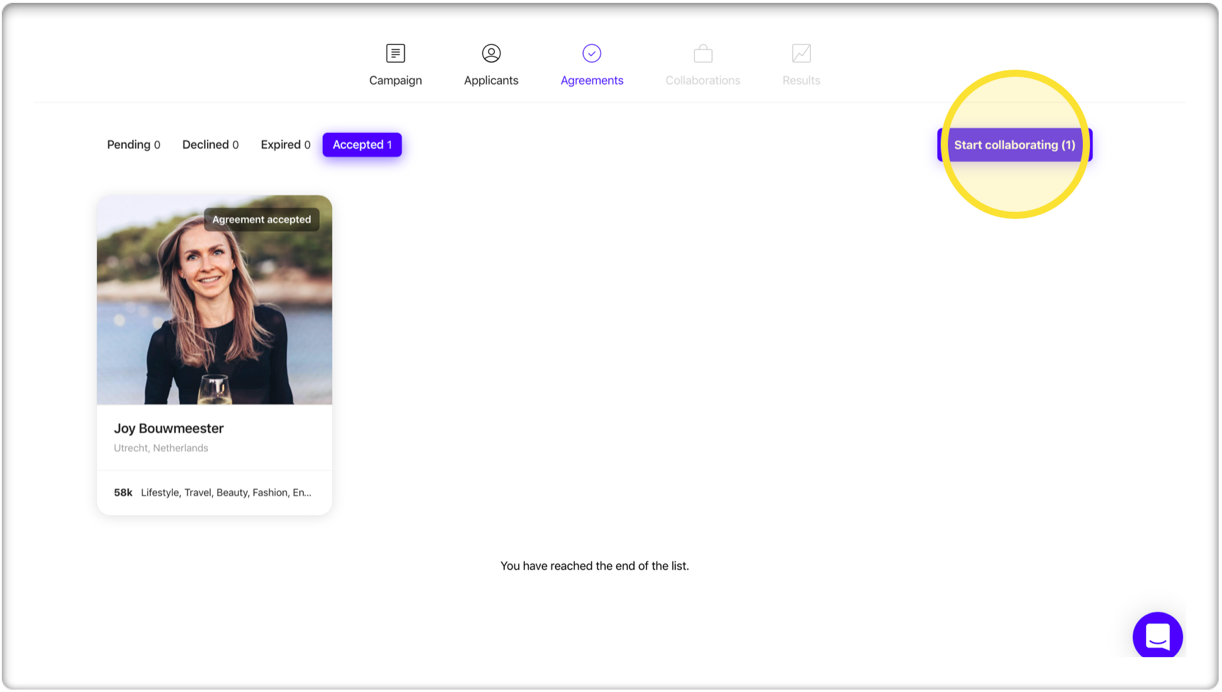 NOTE: You can only press the 'start collaboration' button once. So only do this when you are satisfied with the number of influencers that have signed their agreement, because the group can only be determined once.

Has an influencer rejected the agreement? Then you can choose another influencer and send an agreement as long as the collaborations have not yet started.

After this step, it is also possible to chat with this group of influencers, one-on-one or via a group message. The name and address details are also visible and any packages can be sent. On request we can send the addresses in an excel file. 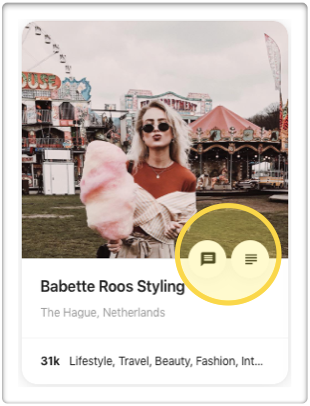 Would you like some additional information about this new seven-day workflow for setting up campaigns within Influentials? You can contact our customer success manager Layla, who can be reached via the following routes: